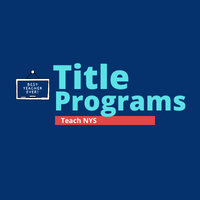 As the school district with the largest number of Jewish and nonpublic school students in the country, New York City has a very large Title I program. Moving out of the city, however, why don’t we ever hear anything about Title I? Do nonpublic schools outside of NYC qualify for Title I, and if so, how?

The short answer is yes, nonpublic schools outside of NYC qualify for Title I, however it depends on a few factors. Let’s delve a little bit into the origins of the program to understand those factors and help you understand how to determine if your district receives Title I money. If your district receives money, you may be eligible for services that you were unaware of.

Title I is a Federal program that has been around since the 1960’s that is designed to help underprivileged and underperforming students progress in core subject need areas like reading and math. Originally authorized as the Elementary and Secondary Education Act (ESEA) in 1965, it has been reauthorized under different names over its close to 60-year history, including No Child Left Behind and the current Every Student Succeeds Act. Eligibility for this program is determined by two factors: poverty and educational need.

Every state gets an allocation from the Federal government based on its poverty demographics, and states give money to districts based on the number of children that “generate” funds in that district. Each public and nonpublic school student can be eligible, but there is a process to this, and eligibility criteria that have to be met.

To describe this process in short: the number of children from families that qualify for Federal free and reduced lunch determine the dollar figure for Title I in a nonpublic school. Besides meeting family poverty criteria, those children also must reside in what is known as a Title I zone, determined by the Title I eligibility of the local public schools. Even in districts where there seemingly isn’t a lot of poverty among the yeshiva and day school population, that doesn’t necessarily mean that those districts can’t have Title I services, as often the district will take a proportionate share of nonpublic school students and apply the same poverty percentages that are present in the public schools in the district. Clearly, the most important factor in whether your school may generate funds is the poverty demographics of the public schools in your area and district.

Once you have Title I funds to spend, you can use them to serve any students in your school that have an academic need. The students served don’t have to be ones that qualify for free and reduced lunch, but they do have to reside in a Title I zone, similarly to the Title I generating funds eligibility criteria. The types of services you can provide students through Title I include small group remediation, tutoring, mentoring, academic counseling, summer services, and more. You can also provide parent workshops and professional development through Title I.

There have been many changes to the Title I program with the most recent reauthorization of the original ESEA law, called eerily similar Every Student Succeeds Act (ESSA). These changes warrant that your school should take a new look at whether you have any eligibility, dollars, and potential services that you could provide for your students, parents, or teachers.

Teach NYS has staff members that are Title I experts and are happy to work with you to determine your eligibility, do academic planning, or gain a better understanding of the program. Feel free to reach out to us to learn more!